Glorys real name is Glory Ove Nordh. He was born 1958 up in the highlands, in the middle of Sweden and he moved with his family to Stockholm when he was 6 years old.

In the early 70's Glory was a member of "Earth Gravity" where he played guitar and did the vocals. The band played covers from the 60's and own songs, influenced by hard rock music.

Then Glory went to the hard rock band "Madness Age" as a singer. One of the members in "Madness Age" was Pekka Adolfsson on lead guitar who was a good friend to him back in the 60's. When a couple of band members left the band and they where replaced by new members, the band changed their name to "X-Ray Free". Pekka went on to "Intermezzo", a pop band, with Orup as a singer.

After "X-Ray Free" Glory went to the hard rock band "Nasty" as a singer. 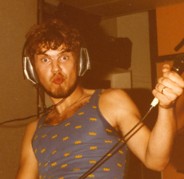 Half of the songs were written by all the members in the bands mentioned above, and the other half by Glory alone. All arrangements were made together and so it continued when Glory joined "Glory Bells Band" in 1980.

"Glory North" has nothing to do with the Swedish hard rock band "Glory", who acted during the same period. This name has caused a lot of confusion and many people have asked and wondered if Glory was a member of the band "Glory", but that is all wrong. The band "Glory North" and the band "Glory" were two different bands! At first he did not like that the band had his name, but after a while he felt flattered.

Glory died in February 2008 after a long time of sickness.

Mats was born 1962 and raised at a southside suburb of Stockholm. He has changed his last name to Granberg which is his mothers familyname. 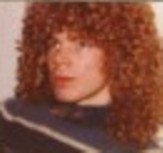 In 1983, Mats produced an album with "Hardline", a hard rock band from Norway. The name of the album was "Hardline" and it was released in Sweden and Norway.

After Glory Bells he founded his own company "Cowboys Sound AB", see Links. He built up his own studio and started to promote himself as a composer towards the TV/Radio market. It went well and the business grew. After a couple of years he expanded his business with postproduction. Until today, Mats and the persons, who have worked for him and still are working for "Cowboys", are responsible for the sound of over thousand commersial spots and TV-programs. Mats has also composed several packages of stationID:s for several radiostations.

In 1986 he began to work as a touring musician and he has spent several years on tour with some of Swedens most famous artists. He has also been the musical director for three big theathershows, featuring many of Swedens popular actors!

Today Mats is the leadsinger and guitar/keyboardplayer in his own coverband "Brickhead". See Links for more information about the band.

He is also working on his first solo-album.

At last but not least so was Mats dog "Trulsa", a black Labrador Retriever, Glory Bells Bands mascot through the years. She was always with the band and followed them everywhere.

Franco was born 1962 and raised in Midsommarkransen, one of the suburbs west of Stockholm.

Franco started his music career as a singer in a punk rock band called "The Shame", see Links, around 77-78. They used to rehearse tuning their guitars in to one chord and wrote anarchistic lyrics and listen to a lot of new bands coming out from the punk wave scene from Sweden and England. But the anarchy punk revolution never happened so Franco began to play guitar and worked part-time together with Mats Andersson (Granberg) in a music store. 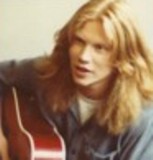 Mats introduced Franco to Glory North, quote "I was hooked by his way of singing and producing such screams and the way he used his voice was something different around that time". Spending a lot of time in a newly built rehearsal studio they became good friends.

After Glory Bells Band he joined the funk-rock band "Electric Boys" where he played guitar from 1988 to 1992. Franco recorded two albums, "Funk-o-Metal Carpet Ride" and "Groovus Maximus", with the band. See Links.

From 1993-1995 Franco played guitar in the hard rock band "Reptile Smile". Franco recorded an album with the band, which was supposed to be their Third album, but this album was never released. See Links.

After "Reptile Smile" had split up in the end of 1995 Franco was tired of the music scene and began to educate himself as a sound engineer and later on to a computer administrator. He played in a lot of cover bands during this time, just to keep up the guitar playing and having fun with friends.

Franco has played or is still playing in bands such as "ErrorSmith", "Husse" and "Queersling".

Franco has also been working as a studio musician and he has worked together with some of Swedens popular artists.

Miguel was born 1963 and raised in a suburb located south west of Stockholm.

When Miguel left Glory Bells Band he began to work as a troubadour, playing acoustic guitar. His repertoire is wide and includes various music styles. Miguel appears and entertains in pubs and at company parties even today, now and then.

Miguel works as a webdesigner today.

Bo was born 1958 and raised in a suburb west of Stockholm.

During the late 70's Bo played bass in the rock band "Highbrow", name idea from Bo. See Links for more information about the band. The band released a single named "Rock On" in 1978. The guys had material for a whole album and the record company promised the moon why the guys ordered jackets with their logotype and painted a very, very big background board, 4 meters in diameter for their gigs. But on the other hand, the record company where focused, and had their priority on other bands at the time, which was a frustration for the guys. When the band replaced their vocalist in 1979 Bo took the opportunity and left the band and joined the rock band "Tranze" where he met Franco Santunione, on drums, for the first time.

After Glory Bells Bo went to a new band named "The Rocker's". The band profiled themselves as all dressed in black. They had wigs with long black hair, black t-shirts and tights. None of them had the driving force to get the band out on gigs which was needed but the band produced two demo-tapes. The first one together with Mats Andersson (Granberg) and the second one in a studio at Nacka, Stockholm. After a while Bo felt that this did not led him anyway and left the band.

In January of 1985 Bo found a new interest in self-defence sports and began to practise it. Gradually he became an instructor of self-defence and he has the grade of Fourth Dan Black Belt which is very impressive!

Besides, Bo is a frequently radio listener of Swedish hard rock stations every night.

Peters last name Udd is a synonym of his real last name, Sandberg. He was born 1957 and raised in a suburb, north of Stockholm.

Peter played drums in the proggressive rock band "Råg i Ryggen" back in the 70's. The band released an album, the bands only one, in 1975 with the same name. Peter was amazingly only 16 years old when they recorded the album. Half of the albums songs was in Swedish and the other half in English. The album was re-released on CD in the end of 2005 and it includes three live bonus tracks. See Links for more information about the band. 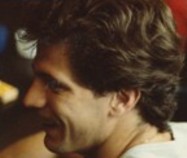 Peter signed up for Glory Bells Band in the end of 1980.

When Glory Bells Band was dissolved Peter began to work in studios as a sound engineer. He has mixed many different band with varying music styles during the years. See Links for examples of bands that Peter has mixed.

Peters big hobby is sound and technical vintage sound devices. He builds own amplifiers, compressors and many more things from the 60's and 70's.